Where do I start.

Am I still in the same place? Have I moved forward at all?

I don’t know, that is my honest answer. I have had a lot thrown at me in this last year. I’ve lost both of my parents, I don’t even know if it’s fair on me to judge me for moving forward.

I think I need to give myself a little space and just be forgiving, I need to gather myself, my strengths, I will move forward, I am determined.

I so hope I can put a positive comment on here soon. But also, I hope my, I am not going to say failings, my not achieving because of other outside emotions, will help others to realise we are all human and we just need to go easy on ourselves.

Still trying to move forward… and I will.

My dad, my hero, so strong in his love for my mum x 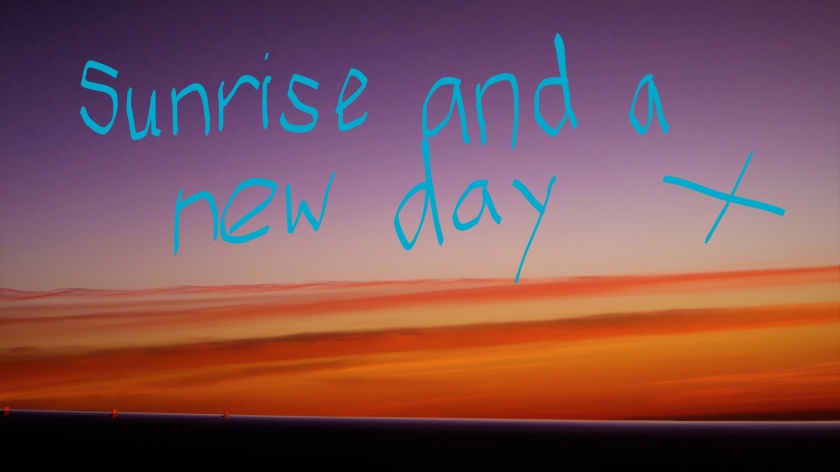 Well at last I can write something positive.  It’s not life changing but it’s a step,  a small one agreed,  but I can finally say I have put that foot forward into my future and taken a step.  And it happened at 7.30am this morning.

What have I done?  I have signed up for a CBT course. OK I said it wasn’t life changing but at 57 learning anything new will be a challenge. I can’t remember the last time I did anything that stretched me mentally.  I learn new things at work all the time,  but that is like a gentle learning.

This is going to be something totally new to me,  but something I have been interested in for some time.  To be honest I am doing it in the hope I can help a family member,  but at the end,  if I pass,I actually get a certificate and can practise it.  That means, I get to learn a skill that I can earn money by using it.  I don’t expect to earn a fortune,  but it could be the start of working for myself rather than someone else.

I have always been a people person,  people seem to be drawn to me when they have problems and want my advice.  I wonder if I have finally found my vocation?

Right let’s not run before I can walk.  I first need to start doing the hard work, finding the time in my already busy life to fit this in.  And then the real challenge, how much I can remember.

I’m hoping as it’s something I’m interested in I will pick it up OK.

So there you have it,  my first really positive blog 😀  After a week of negatives (my son is in hospital and so is his girlfriend) I am moving forward in 2017.

So maybe you can too?  Go on,  find a course you are interested in,  even if you think it might not be the most useful thing for moving your life forward.  If you are learning something new it will make you feel happier and more positive.  Believe me 😀

I did say I wasn’t too sure what my blog would be about but as I love and am lucky enough to travel a fair bit I thought I would throw in a few pages about places I have traveled to, and maybe inspire you to go visit.

I won’t make this like a travel guide suggesting sights to see etc. There are enough of those out there for you if you need that. Just a general chat about what happened, what I enjoyed, and maybe some highlights and low lights. I also enjoy photography so will drop in a few photo’s. New York is very photographic!

Well I have just arrived back from New York, my first visit there.I traveled with 3 other women all around my age (mid fifties) and we did it on a budget. We got an amazing deal back in the spring £550.00 including flights. It did mean all four of us sharing a room, it was a bit like our teenager sleepovers revisited. The only difference was when we went to bed we went to sleep, shattered!

We stayed at the Marriott East Side which we found to be very central. It had everything we needed for our short stay. One tip here, we were recommended to use the deli that was directly opposite the hotel for breakfast. We came across many of these delicatessents all over New York, they are buffet style with pretty much anything you could want to eat, fantastic fresh fruit, fried sausages bacon etc, pancakes, pastries and muffins. All sold by weight.  A range of Coffee’s, English tea ‘YES’ and so much more all reasonably priced.

We flew with United Airways. Not a lot to say about them really. Just average. They seemed to have slightly older stewardesses than normal who seemed a bit grumpy. I had a really miserable Steward on the way out. The lady in the next seat to me asked if it would be possible to have a cup of coffee, he replied with “I will be back, as I can’t be expected to remember everything”. Fair enough. He later returned with the coffee so I then asked for tea for myself, Well apparently I should have asked earlier shouldn’t I?, but I thought he couldn’t remember! It was resolved by me volunteering to get my own tea, OK it gave me an excuse to stretch my legs and I guess he must have been a bit stressed with other difficult passengers……which is what he made me feel!

The only other point I would make is we flew back from Newark airport. United have their own terminal at the airport. It seemed most of the food and drink could only be purchased with United airways air-miles. So definitely worth signing up for these, something we hadn’t done.  There were a few places that you could actually pay for food and drinks, but only one till which was self-service. And you really don’t need to be there 3 hours before, it’s very quiet and quick to get through all the security checks.

So now onto some of the highlights.

My lasting thoughts of New York are eating New York cheesecake when sat next to Batman, Ironman and spiderman, those never-ending honking horns of the yellow taxi’s, the cold cold wind that whips along the avenues, those magnificent sky scrapers and just the madness of the place.

There is so much more to explore and hopefully one day I will get the chance to go back and do just that.

Follow My time to start doing not dreaming on WordPress.com